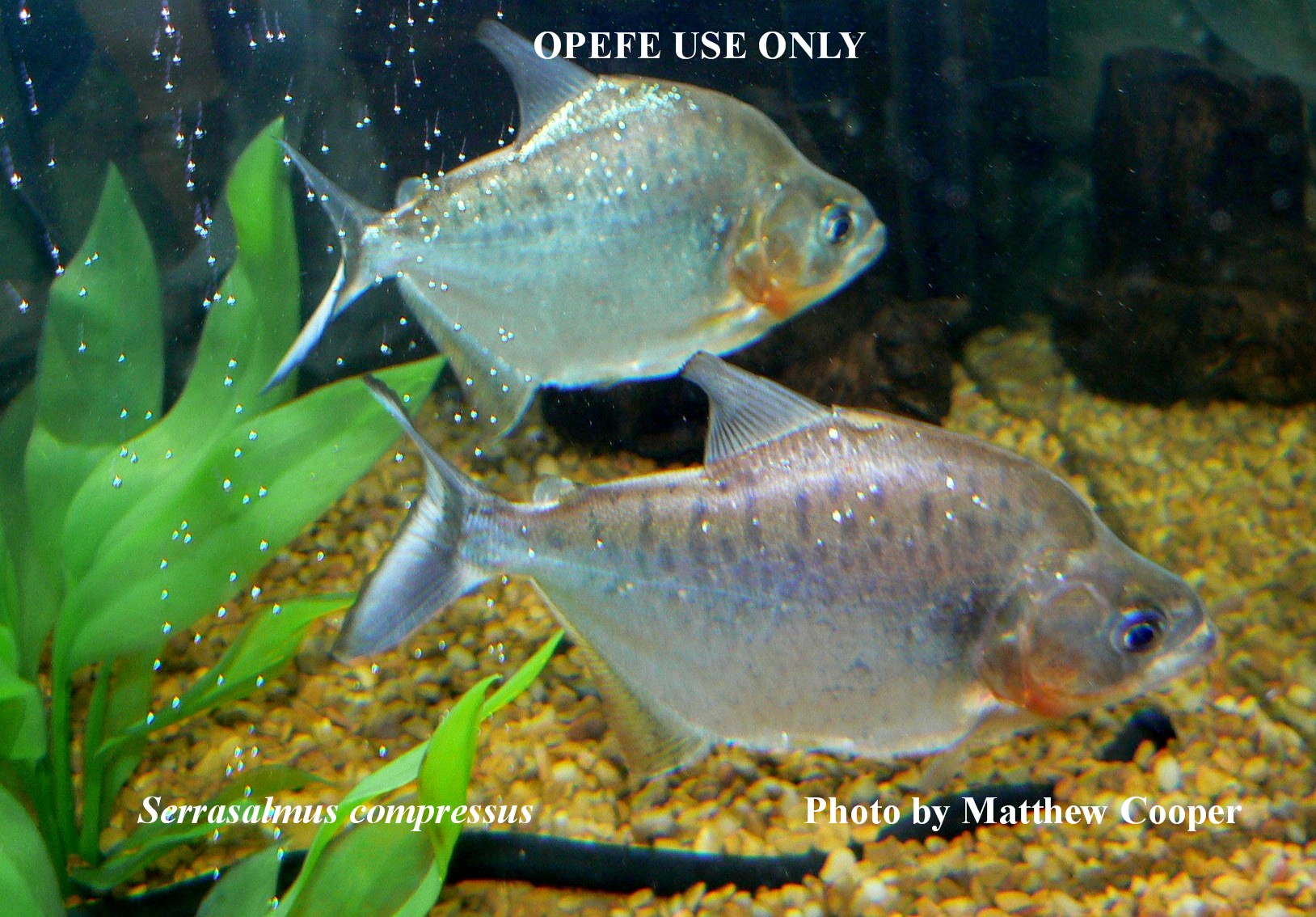 This species is sometimes intermixed with S. rhombeus in shipments to hobbyists. Often confusing to pet shop dealers by its appearance and sometimes called a black piranha. It is a difficult species to separate from S. altuvei, but hobbyists should be aware that the methods described here are generally useful depending on the age and size of your fish. The bars and spots appear during certain times of growth and eventually become fixed. So it is quite possible to have a young specimen with just spots on the body, then later develop the bars. The common shape to look for is the compressed body and the snout which is very pointed and slightly turned upwards. They are very high-backed and the tail fin (caudal) may have only a thin band on the edge and giving it a "V" coloration from the caudal peduncle outwards. This coloration darkens with age giving it a more characteristic bold black tail band on the edge. Recently, this species has been at times sold by pet stores as S. hollandi, a totally different species found in Bolivia.

PIRAMBEBA - Recommend keeping as solitary species in home aquarium. Fish is a fin biter and should not be grouped with any other species, including its own kind. 55 gallon aquarium, well planted with moderate aeration should be sufficient for its needs. The requirements would be similar to S. altuvei and care is required in handling them.

Pigment helps separate S. compressus from S. altuvei. Young S. compressus have larger and denser spots that extend more fully over the ventral body and belly than in S. altuvei, where spotting is sparse below the lateral line. (Fink,  et al. 2001). The body color is gray metallic, the anterior thru basal of the anal fin is reddish with a black border. The caudal fin has a terminal black band. The other fins are hyaline. Some individuals present a black humeral spot.  (Jégu, M., E. L. M. Leăo and G. M. dos Santos, 1991). Eyes are reddish-orange. Ectopterygoid teeth common to Serrasalmus species are visible in this photo (upper left) of the upper palate of S. compressus.

A. Contributors and Advisors: